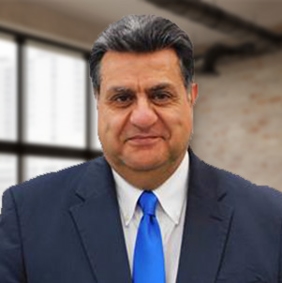 John is a veteran trial attorney with a solid track record in various facets of law including family law, personal injury, business law, immigration, criminal, Wildlife law, and constitutional law. He has extensive jury trial experience as well as appellate experience having successfully argued before the Colorado Supreme in a landmark constitutional law case. His most recent jury trial resulted in a verdict in favor of his client in excess of one million dollars.

In his almost thirty-year legal career, John Clerked for the Honorable Timothy P. Creany, Judge of the Court of Common Pleas in Pennsylvania. He is a former Deputy District Attorney and was the founder of the Tannous Law Firm and Carte International LLC. In his extensive legal career, he also served as General Counsel for a Denver Hydrocarbon Company and was a special consultant to the Spanish contingent of the United Nations Interim Force in Lebanon. (UNIFIL). Immediately prior to joining Feldmann Nagel Cantafio & Song PLLC, Mr. Tannous worked for the Bendinelli Law Firm.

John is also a veteran Criminal and Wildlife trial attorney with a solid track record in obtaining the best results for his clients that are charged with various wildlife offenses. If you need an experienced attorney to retain for your wildlife case, John is ready to assist you no matter how simple or complex your matter may be.

This firm practices bankruptcy law and is considered a debt relief agency by federal law. We help individuals, families and businesses file for bankruptcy relief under the Bankruptcy Code.